We are not going to start with what Angular is and what it can do. The document provided by Angular (https://angular.io) is enough. Our main focus is to guide users on how to setup and jumpstart in web application in conjunction with AWS (https://aws.amazon.com) or Firebase (https://firebase.google.com) as back-end.

For getting started and creating an Angular Web project, the things you need to install are-

For creating a new project in Angular, you need to type the following command-
ng new <project name>

Optionally, you can type the below command to transform your project by applying the     schematics in the specified package-
ng add

Now once the     compilation process is complete. You can run your project in your browser by typing the localhost address on the browser address bar. By default it’s run on http://localhost:4200 and gets opened automatically with the ng serve –open command. Angular welcomes you with the default Web App created automatically. Now you are ready to go… 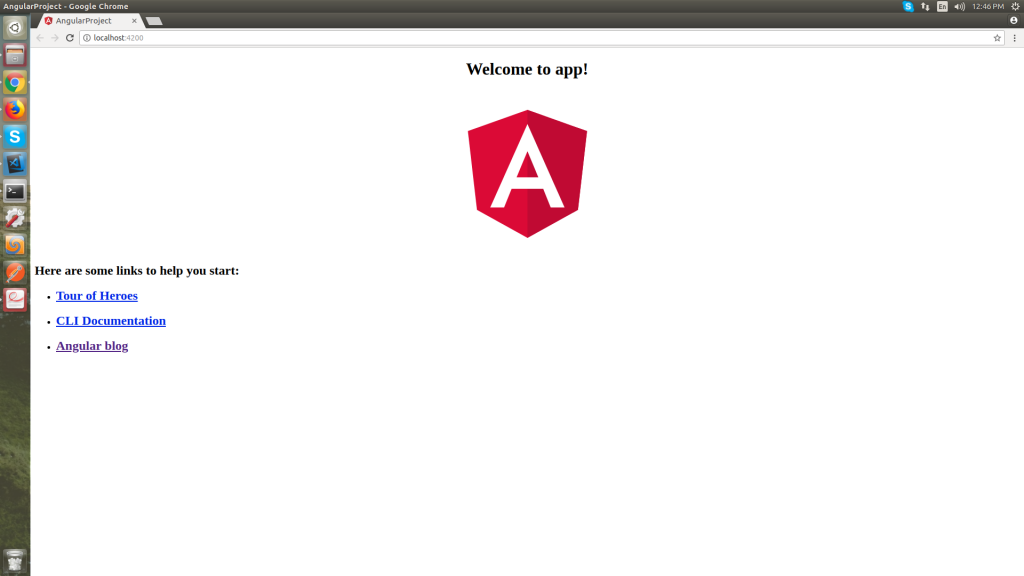 You can use any code editor of your kind but the most recommended one are Visual Studio Code, WebStorm, IntelliJ Idea etc. You can get a complete list of the resources here- https://angular.io/resources
Now Angular has already created the basic elements for you. The project folder contains several files and folders. Among them ‘src’ is the source code folder of your project. Here is a glimpse of the ‘src’ folder and it’s contents-

We use the following building blocks while development in angular.

ColorBracket Technologies is a software service and product development company. We help Enterprises and Start-ups to start their digital journey through Web and Mobile.